The woman of virtue described in Proverbs 31 is familiar to most of us. Even though the chapter is often viewed as a standard for an “excellent wife,” this passage of scripture offers great insight into how to pray for the widow, especially as the new year begins.

Lord,
As the new year begins, I pray that “strength and dignity” would be her clothing, knowing that her identity in you is strong and secure. May you be the foundation of her life.
I pray that widows around the world would fear God, which allows them to rejoice over the future knowing that she and her family are ready for it (Proverbs 31:25 AMPC).
May her focus be on the responsibility of preparedness for these latter days. The virtuous woman is a warrior of great value to her family and in the kingdom of God. May the widow rise up as a woman of prayer for her family, community, church, and for this world.

Proverbs 31 outlines the behavior and actions of the woman of God. Let’s pray these spiritual goals over the widow:

She speaks of her husband – May she talk of him in a way that will bring honor and respect as long as she lives even though he is in the grave. May she model to women following behind her what it means to be the “crowning joy” of her husband (Proverbs 12:4, 31:12).

She seeks wool and flax – May she delight in seeking purity as wool and righteousness as flax/linen, working diligently to pursue godliness as the bride of Christ (Proverbs 31:13).

She rises in the night and gets spiritual food for her household – I pray the widow seeks you daily spending time in the word of God for the nourishment of her soul and spirit especially during the night of trouble and sorrow. May the widow mom make it a priority to feed her children spiritually as she walks and talks with them throughout the day. For the empty nest widow may she look for those under her influence to encourage them with mana from heaven (Proverbs 31:14 AMPC).

She does not eat the bread of idleness – May she fight against gossip, discontent, and self-pity.

She considers a new field – Lord, the widow feels as if she entered a new land that is unfamiliar and daunting. May she carefully consider the season you have called her to. May she plant a vineyard of fruitfulness as she finds her greatest satisfaction in you (Proverbs 31:16 AMPC).

She girds herself with strength – May the widow experience the enabling of your grace to work through her as well as your grace that covers her. I pray she will put on the full armor of God daily for the task you have called her to (Proverbs 31:17).

She tastes and sees that God is good – Lord, the world is looking for women who will put their trust in God. May the widow put her trust in you (Proverbs 31:18 AMPC).

She stretches out her hands – May the widow look beyond herself to the needs of others. I pray you will show her ways to serve and give her loneliness away (Proverbs 31:19).

She fears not but fears the Lord – Lord, the widow must take an active role in preparing for her future. May she fight against worldly fear by fearing God (Proverbs 31:21 31:30). 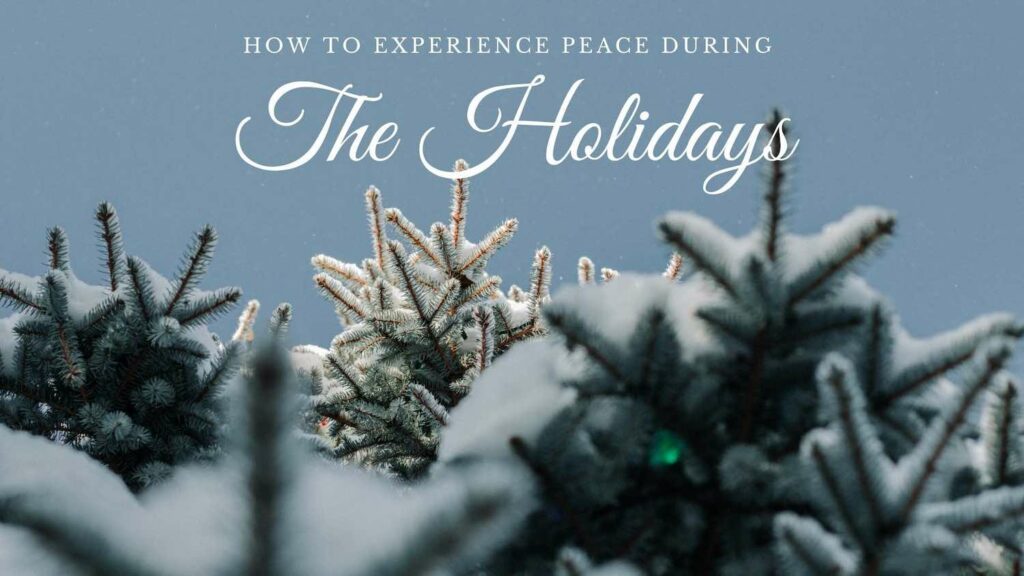 How to Experience Peace during the Holidays