Her Story by Darci Smith 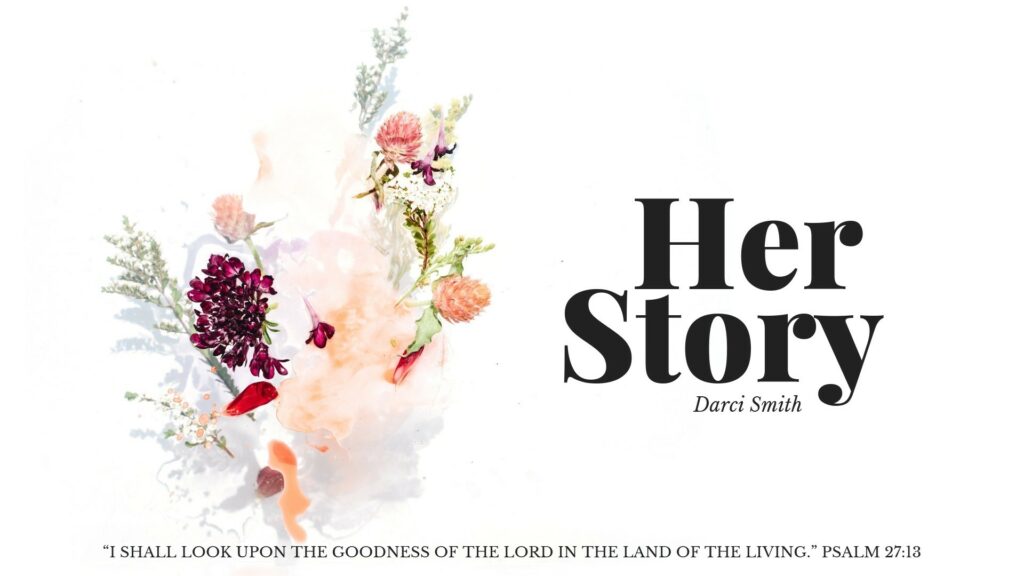 Growing up in a Christian home laid the foundation for my strong desire to be a wife and mother. Trusting God to fill that desire, I enrolled in Liberty University as an early education major. Much to my surprise and delight I met the love of my life, Jay, in January 1987 of my sophomore year. Our first date was in February and we were married in August…a whirlwind romance.

Jay had been in the Navy and was super intelligent, skilled in electronics and computers, and loved studying and talking about theology and the Bible. He was easy-going, optimistic, very affectionate, and always wanted me to feel loved and be happy. He brought balance to my “Type A” planner, organizer, worrier, perfectionist personality. We were very involved in our church and missions and we were devoted to our families. Jay and I were in agreement that I should be a stay-at-home mom as long as the Lord allowed.

After four years we began our family with our oldest daughter, Candace. Not quite two years later came MaryKate. Then four years later we had our son, Joshua. God had given me the family I’d always dreamed of, but not without sacrifice and struggle. Despite job losses, financial strains, family issues and losses, and marital stress, we believed God’s promises and He remained faithful.

Jay had always been in excellent health and was very active. Around 2007-8 he began having some digestive system and abdominal pain issues. After various tests were clear, other than some acid reflux and gall stones, one scan did show 2-3 “giant hemangiomas” on his liver. We met with a surgeon who assured us that many people live with these and never know it. Doctors just leave them alone since they present no problems. A year or so later blood work showed Jay was anemic. More tests still produced no significant diagnosis or improvement. All the while I was thinking “it’s those hemangiomas.” We were finally referred to a specialist who confirmed the hemangiomas were the problem and needed to be removed. We felt confident to proceed with surgery on December 6, 2010. Surgery took much longer than anticipated because the hemangiomas were more involved, and the doctor had to take much more of the liver than expected. After 10 days of misery trying to recover in the hospital, Jay went into cardiac arrest, and went home to be with the Lord on December 17 at the age of 47.

I’ll never forget the 5:00 a.m. phone call telling us to get to the hospital right away. Hearing Jay had passed from a devastated surgeon, who had never lost a patient before, was a feeling of dread like I had never before or since experienced. What was I going to tell the kids? How would we pay our bills? I didn’t work and Jay had no life insurance. Would we lose our home? How could I get Candace through college and keep MaryKate and Josh in Christian school? Who would walk the girls down the aisle? Who would teach Josh how to be a godly man? How could I be a widow at 43? GOD HELP ME!

And help me He did! God has provided for us in more ways than I have space to write. From taking care of tuition expenses, a job at the kids’ school, an AC unit at a deep discount, new tires, many vehicle repairs, a hot water heater, a new car, money for Christmas and bills, vacations, and on and on. Great is His faithfulness! I’ve come to know God in a much deeper way as a widow. He is my devoted husband and loving father to my children. He fulfills every need in His time and His way which always exceeds anything I could think or ask. Total dependence upon God and prayer is the ONLY way I have persevered for 8 years. There are many days I’d rather stay curled up in bed in the fetal position feeling sorry for myself. But because He lives, I continue to press on and live out whatever plans He has for me, “to give me a future and a hope.”