Walk With Her By: Sahar Massad 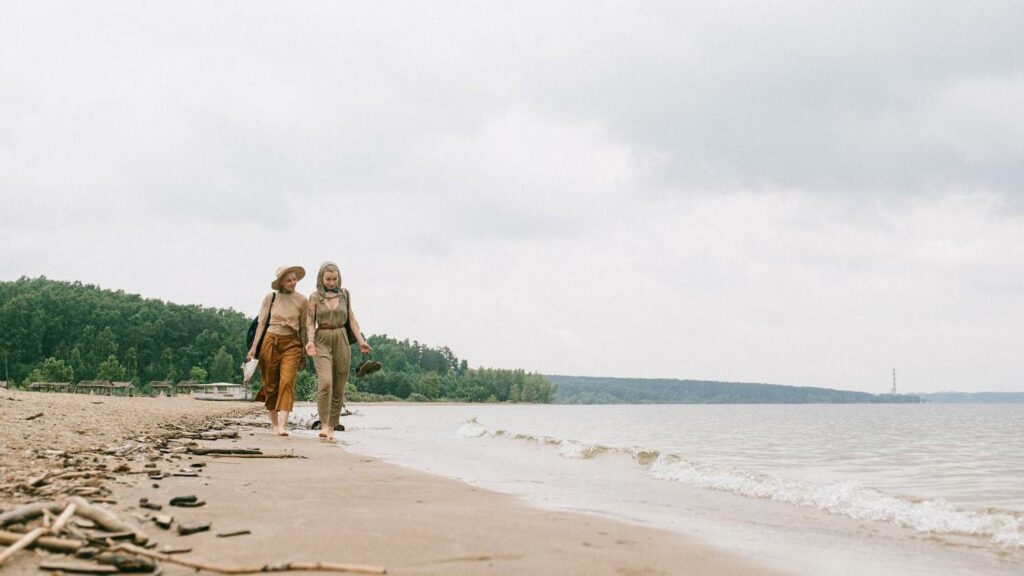 It is so crazy how life can be going one way one minute and can literally come crashing down in the next minute. April 7th is one of those days, and it is a day I will never forget. I was driving back from Brunswick, Georgia after the most fun weekend with one of my best friends. Life was good. Halfway through our drive, I received an unexpected text that was going to change everything. It was a text telling me that my best friend’s husband, Evan, had gone into cardiac arrest and had been declared brain dead. I had to read the text multiple times just to allow my brain to register what I was even reading. I remember thinking “Evan who?” There was no way it was Evan ​Gill​. ​Our​ Evan. The Evan that we know and love so deeply. The Evan who made us laugh more than anyone else in the world. The Evan who loved sauce more than the food he was eating. The Evan whose personality was bigger than life itself. There was just no way.

I was in so much shock, tears were streaming down my face before I even realized I was crying. I was crying at the sudden death of our friend Evan, and I was crying thinking about Lauren, his wife. I can remember saying over and over again in disbelief, “My best friend is a widow. Lauren is a widow. At 25 years old, she is now a widow.” All I wanted to do was get to my friend.

Walking through the doors of that hospital still seems so surreal. When Lauren walked out of the room, I hugged her, and we wept. Through her tears she mustered out words I will never forget, “Evan is not coming home. He’s not coming home to me.” I had no words. None. All I could do was fall to my knees and cry with her. Losing Evan as a friend was the hardest thing I’ve ever walked through. Watching Lauren say goodbye to her husband as they rolled him away was even harder. The grief of those moments are unmatched in my memories. I will never forget the sounds of the rawest parts of her soul crying out as she said goodbye to what she thought was her forever. There was no preparing for it. You can never really know what it’s like until you’re in it. All I knew for sure is that she is my best friend, and while I would have given anything to mend her broken heart and take the pain away, I knew that was the Lord’s job, and I would have to trust him as he walked with her through the valley of the shadow of death.

I remember shortly after talking with our girlfriends, we had NO idea how to be the friend of a widow at 25. What do we say? What do we do? We were truly at a loss. However, God made it so clear to me that all I had to do was walk. Not walk ahead of her and try to direct her steps, not to walk behind her and let her fend for herself, but to walk WITH her. As her friend, I was called to fight, pray, hope, believe, and worship on her behalf when she was too broken to do so herself. I was called to cling to hope on her behalf when she had none. I was called to declare victory over her life when she didn’t believe she would overcome. I was called to believe that Jesus WOULD turn these ashes into beauty, that He WOULD reopen her heart to hope again, to love again, and have courage to keep moving forward.

Side note: It’s okay to laugh and to still have good times in the midst of hard times. You do not have to feel guilty about that! As hard as this past year was, the moments when Lauren would laugh so hard she couldn’t breathe or felt some sort of emotion other than grief, were the moments that brought hope during the hardest times. Seeing a widow experience those joyous things amongst the grief are truly gifts from God. We held onto those because I believe they were unique ways that hope was being rerooted in her life again.

And just like there is no ABC way to grieve, there is no ABC way to walk with somebody. It will look different for everyone. As long as you are seeking the Lord and taking it one day at a time, I promise you will find your way, because just as the Lord was guiding Lauren’s steps, He was also guiding mine all along. Surely, he will yours too!

Unfortunately, there will be people along the journey that will find it hard to walk with her and it might make things harder rather than easier. There will be people who will be quick to judge and criticize the way a widow goes about her life moving forward. If a person won’t walk with her, truly walking day to day with her, they will have NO idea how the Lord is healing, guiding, and leading her. So we must first remember, scripture has called us to care for the widows, not tear them down. Caring isn’t assuming we know what’s best for them, but actually listening to them. Just because they are grieving does not mean that they are incapable of living their life. At the end of the day, I trust Christ in Lauren and I trust that He was, is, and will continue guiding her every step.

Grace over criticism will go a long way in the healing of a widow. Trying to take control of a widow’s life won’t bring you healing or take the pain away, only Jesus can do that. So instead, hear what they are saying and know that regardless of what life may look like from the outside, they are not only grieving the loss but also the life they had and the future they wanted but will not get. So, I ask of you, if you know a widow, be kind to her because I promise you, nothing about her life is easy right now and the last thing she needs is added hardship and unnecessary pain.

Lastly, friend, as you walk with the widow know that moving forward does not mean that you are forgetting the person you have lost. We will ALWAYS miss Evan. Always. Nobody would ever try to replace him because literally nobody ever could. Moving forward isn’t moving on. Moving forward is trusting and believing that Jesus is 10,000 steps ahead of us in all of this. ​AND, not moving forward is exactly what Satan wants. He wants us to sit in our grief forever. He doesn’t want us to move forward because moving forward is merely a reflection of God’s grace, hope, healing, and provision and that is the last thing the enemy wants. ​

If you are reading this and you happen to be the friend of a widow, first let me say that I’m so sorry for the loss and pain you are experiencing. It hurts. So much. And there is no other way around that. Even when you feel so lost and it doesn’t feel like it, remember that your friendship matters, Jesus is bigger, and there are brighter days ahead. Here’s to you and your journey with your friend.  I wish you weren’t on this path, but I am confident you will both know Jesus more deeply because of it.