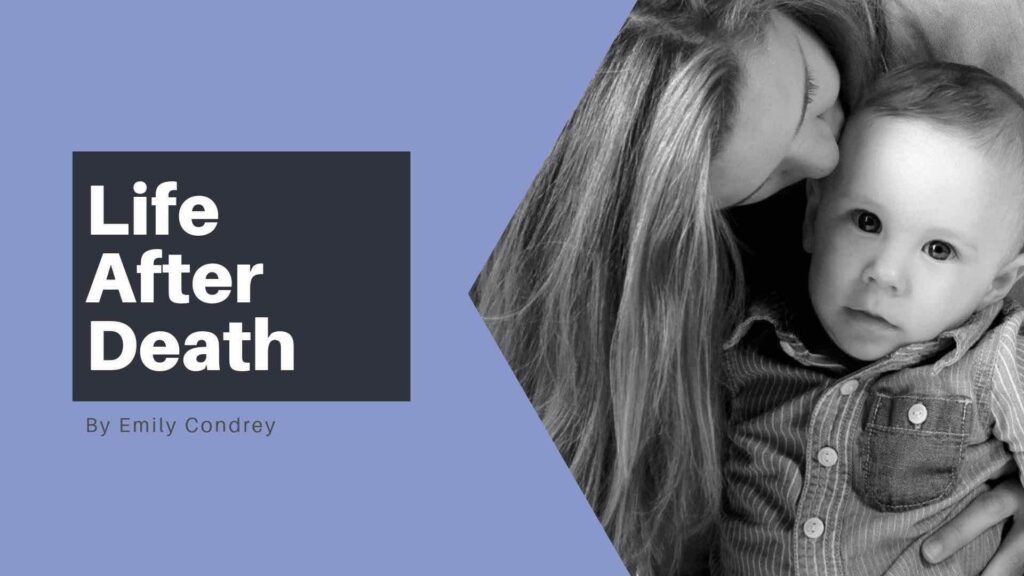 After I was informed of my husband’s death, I realized my life was not ever going to be the same. I had a hard time wrapping my head around it, but there really wasn’t much time for that anyways. There were legal issues to deal with, memorials to help organize, preparations to be made in order to move back to the states, and a funeral to arrange. This felt like more than enough for me to deal with while processing my new reality, so I will be forever grateful for our church, community, friends, and family for stepping in and taking care of the small things, like making me eat—which are truly the big things.

The first year after my husband died is still pretty blurry. I think it always will be because the “widow’s fog” was so thick and heavy during this time. I was basically living on auto-pilot simply trying to focus on breathing, eating, showering, and sleeping. Every emotion you could think of was a tornado inside of me. I wanted to be around people, but then when I was, I just wanted to be alone. Ultimately, I just wanted to go back to my old life and be with Michael. And when I was asleep at night, I was with him, but every time I woke up I had to retell myself what had happened. Laying in my bed in the morning and reprocessing everything was something I would dread before I fell asleep the night before. As crazy as it sounds, there were moments I would wake up and try to believe that my real life was actually a horrible nightmare—but trying to believe a lie, never makes it truth. There are so many delicate struggles I wouldn’t have ever imagined that come along with a great loss.

My new life was weird. It was absolutely nothing like what I had planned. I felt like I had to start my life over again, but I didn’t know where to begin. My first year of widowhood I lived with my parents, so my next step would have to be moving out on my own. As much as I wanted to be living on my own, I was scared. Nevertheless, I began trying to find someplace to rent until the widow’s fog had lifted and I would be mentally able to buy a home. After much trial and error (and a lot of prayer), I ended up renting a little house with the most amazing landlords I could have ever asked for. Living on my own as a single mom was a major adjustment, but I’m so glad God had me take that step of faith, because He has grown my trust in Him so much through the process and continues to as new steps arise.

For me, one of the hardest parts of adjusting to living without my husband was when the sun went down. I would rock my little baby to sleep, lay him in his crib, slowly tiptoe out of the room, and gently shut the door. My feeling of accomplishment that I had gotten him to sleep soon turned into a desire to wake him up. With my son in bed, and my dog curled up on the couch, the house was quiet. I felt the overwhelming need for my husband to be there with me and I wanted a distraction. There was no amount of earnest desire that could make him appear though, so I had to find a way to cope. At first, coping was going to sleep immediately after putting my son down for bed in order to avoid the feeling of loneliness. Eventually, I realized this wasn’t going to make it go away, so I had a choice to make. Was I going to believe that God himself would show up like He says He will and be my Comforter or not? Instead of believing the lie I heard every night, “You’re alone,” I had to choose the truth and believe God was with me.

By God’s faithfulness, the evenings are no longer a time I dread. However, when one struggle fades away, another seems to take its place. Grief has been a shape-shifter for me. Today, I have a 2-year-old son that is trying to figure out what a ‘daddy’ is. If you show my son a picture of his dad he will no doubt say, “That’s Daddy!” But because he has no context of what a ‘daddy’ is yet, he’ll also ask me after I speak with a male cashier at the store, “You talkin’ ta daddy, Mama?” To which, I remind him on his own level that daddy died and he doesn’t live on earth anymore. As much as I wish it didn’t sting, it does. Right now, in his 2-year-old mind, a daddy is just a male in their 20-30’s. Even though it will be awhile before my son feels the sting of his father’s death, the brokenness of a 2-year-old not knowing the embrace of a father hurts me. I don’t know what that’s like to grow up having never met your father, but I pray God gives me wisdom in guiding my son through it and for him to look to Abba as Father.

God has been faithful to bring me this far through grief and I trust Him to carry us to the finish line. There isn’t a clear way to describe what life after the death of a husband is like, except that the waves of grief come and go and you never know how hard the next wave will hit. Feeling every emotion known to man in one day (or even one hour) is totally normal for a widow. We can’t have control over our grief, but we can have control over how we prepare for the waves, like reading God’s word and talking it through with Him. I don’t know how grief is going to look next year, but for today I will take whatever it is that hurts me to God and trust Him to use it to grow me deeper into Him.

“Why are you cast down, O my soul, and why are you in turmoil within me? Hope in God; for I shall again praise him, my salvation and my God.” Psalm 42:11 ESV