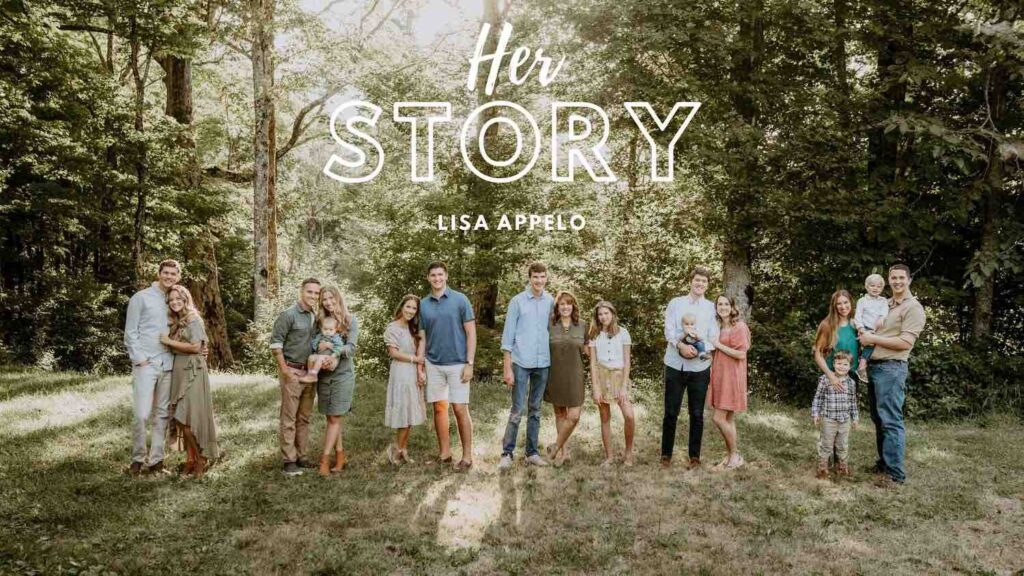 I met Dan in my 7th-grade youth group. He was “Danny” then. By high school, we regularly hung out in a circle of friends. He was a missionary kid, well over 6 feet, tanned with blondish curls so tight the beads of water dripped off when he surfed. We logged in church trips and choir practices, off-campus school lunches, and surf outings before we finally decided enough friend stuff. Just before I turned 16, he asked me out.

Dan was my first date and prepping for that Friday night football game, I sensed I was walking into the rest of my life. He showed up at my front door with a conspicuous yellow mum corsage ribboned in school colors—and brought flowers every single date after that until we were married.

My parents encouraged me to go away to college, but why go away and possibly mess up our relationship? So Dan and I attended our hometown university and in our junior year, had a Christmas wedding at the church where we’d met and moved into married housing.

Fast forward and we were two young marrieds juggling two careers and three kids. When—surprise!—I got pregnant with our fourth, we took a huge leap of faith and I came home to raise kids. We had three more children over the years, and after a particularly hard financial season, Dan landed his dream job. Though we weathered struggles in our marriage, finances, and growing babies and teens that stretched and chiseled us, each challenge was the Weaver’s shuttle plaiting threads of our love and life together. One night in June, we had pizza as a family and, with concerns only about the next day’s to-do list, I tucked into my side of the bed like I had on a thousand other nights.

Sometime in the dark morning hours, I woke to Dan’s heavy breathing. Still groggy, I reached my hand over to nudge him. “It’s just a nightmare, Hon.” Seconds later, waking more now to Dan’s breathing, I realized this was serious. I jumped out of bed, flipped on the overhead light, and saw instantly something was very wrong with Dan.

I called out to Dan. Could he hear me? The other kids, hearing my cries, drifted into our bedroom, and I went into management mode. The 911 operator began walking me through CPR and within minutes, paramedics arrived. I paced the living room, praying out loud for God to show us mercy. They transported Dan to the hospital, and I clung to hope he would wake up, frustrated about missing work. But when I arrived, the ER doctor took me into the room you never want to go into, telling me Dan had not survived and I went home to somehow break the news to our seven kids that their dad was in heaven.

The beautiful weaving, that was marriage to Dan, felt ripped in two, leaving me with raw, dangling threads. Our life, our plans, our family routine with the children were shattered. My heart was crushed and I was filled with a physical, raw ache of loss. My four-year-old would grow up without her daddy. My six-year-old would never have another Saturday trip to the hardware store in the backseat of his dad’s truck. I was paralyzed with fear for the future, our finances, and how my kids would react to this trauma. How would I raise tween and teen boys without their dad? What about my oldest daughter, a daddy’s girl, now facing high school lasts and milestones without her dad? How would God heal eight broken hearts?

I had begged God for mercy but God had not spared Dan. Yet, amid excruciating grief, I saw God’s mercy from the very first. God’s hand was evident in small details, in big answers to prayer, and in the daily walk through deep pain. I’ve seen that being utterly dependent on God is the best place to be. I’ve seen God’s grace sustain me in days of overwhelm, nights of loneliness, and moments of despair. God has provided for our family in countless ways—a new-to-us car delivered to our driveway, Sunday school teachers who stepped in to mentor and cheer for my kids, a flexible part-time job that allowed me to continue homeschooling, and jobs and scholarships that have funded five college degrees so far.

Those first months, putting my feet to the floor and showing up for my kids was a win. Slowly, slowly, I navigated the seismic waves of grief, not in some tidy, heroic fashion but begging God for help. Two things were my anchors when grief threatened to pull me under.

First, God’s word became my daily food—spiritual manna that calmed me, grounded me, restored my soul, lifted my head, fixed my perspective, and renewed my hope. It was enough for that day, but I had to go back again the next day for more. Second, I began recording daily gratitudes—a reminder that God was indeed good in a life that felt awful. I refused to believe everything good was behind me and, though I couldn’t imagine a future without Dan. I trusted that God’s promise of abundant life still held. And it does.

God has used loss to reshape my shattered heart. My feet now hit the floor with new passions and dreams. And though I’ll miss Dan until heaven, I’ve found my smile again.

PrevPreviousPrayer of Blessing from Mother to Son
NextWhen We Ask God, “Why?” by Lisa AppeloNext